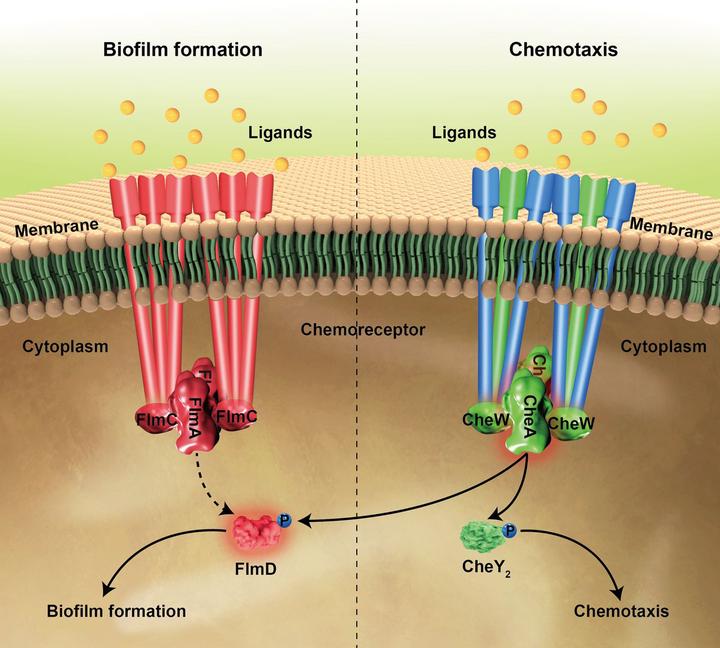 Complex chemosensory systems control multiple biological functions in bacteria, such as chemotaxis, gene regulation, and cell cycle progression. Many species contain more than one chemosensory system per genome, but little is known about their potential interplay. In this study, we reveal cross talk between two chemosensory pathways that modulate chemotaxis and biofilm formation in Comamonas testosteroni. We demonstrate that some chemoreceptors that govern chemotaxis also contribute to biofilm formation and these chemoreceptors can physically interact with components of both pathways. Finally, we show that the chemotaxis histidine kinase CheA can phosphorylate not only its cognate response regulator CheY2 but also one of the response regulators from the pathway mediating biofilm formation, FlmD. The phosphoryl group transfer from CheA to CheY2 is much faster than that from CheA to FlmD, which is consistent with chemotaxis being a fast response and biofilm formation being a much slower developmental process. We propose that cross talk between chemosensory pathways may play a role in coordination of complex behaviors in bacteria.