Insights into the evolution of host association through the isolation and characterization of a human periodontal pathogen, Desulfobulbus oralis 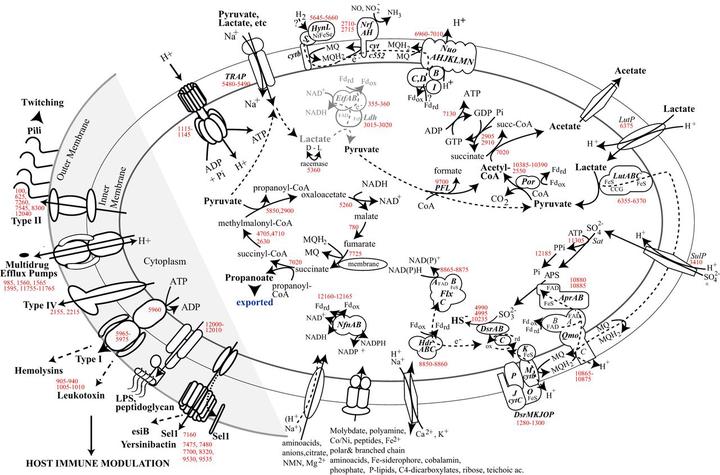 The human oral microbiota encompasses representatives of many bacterial lineages that have not yet been cultured. Here we describe the isolation and characterization of previously uncultured Desulfobulbus oralis, the first human-associated representative of its genus. As mammalian-associated microbes rarely have free-living close relatives, D. oralis provides opportunities to study how bacteria adapt and evolve within a host. This sulfate-reducing deltaproteobacterium has adapted to the human oral subgingival niche by curtailing its physiological repertoire, losing some biosynthetic abilities and metabolic independence, and by dramatically reducing environmental sensing and signaling capabilities. The genes that enable free-living Desulfobulbus to synthesize the potent neurotoxin methylmercury were also lost by D. oralis, a notably positive outcome of host association. However, horizontal gene acquisitions from other members of the microbiota provided novel mechanisms of interaction with the human host, including toxins like leukotoxin and hemolysins. Proteomic and transcriptomic analysis revealed that most of those factors are actively expressed, including in the subgingival environment, and some are secreted. Similar to other known oral pathobionts, D. oralis can trigger a proinflammatory response in oral epithelial cells, suggesting a direct role in the development of periodontal disease.