Origins and diversification of a complex signal transduction system in prokaryotes 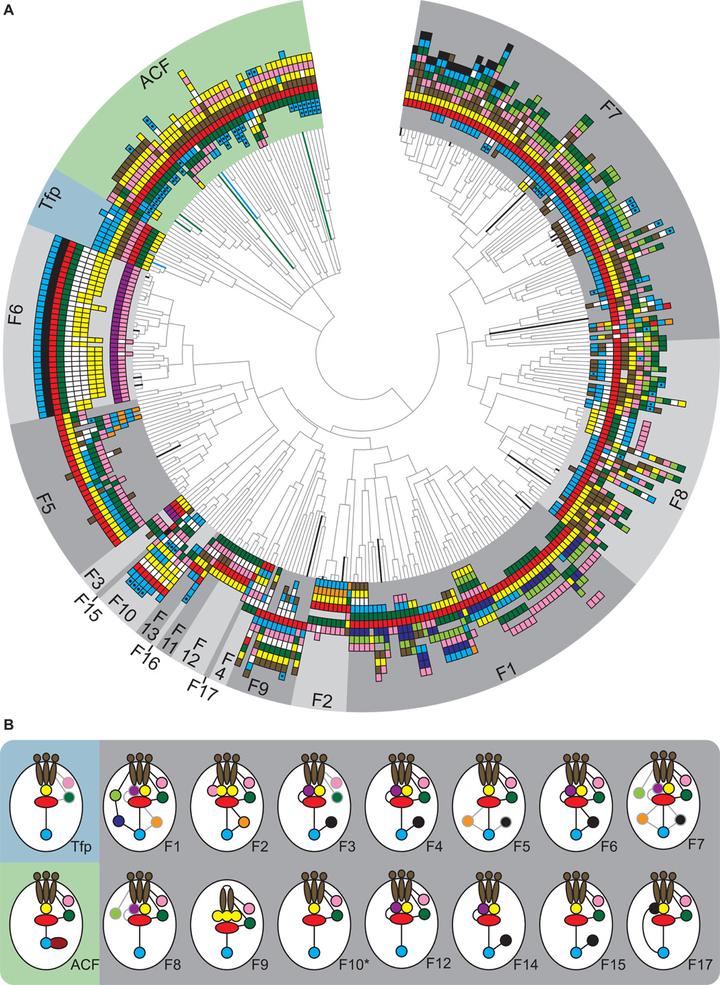 The molecular machinery that controls chemotaxis in bacteria is substantially more complex than any other signal transduction system in prokaryotes, and its origins and variability among living species are unknown. We found that this multiprotein “chemotaxis system” is present in most prokaryotic species and evolved from simpler two-component regulatory systems that control prokaryotic transcription. We discovered, through genomic analysis, signaling systems intermediate between two-component systems and chemotaxis systems. Evolutionary genomics established central and auxiliary components of the chemotaxis system. While tracing its evolutionary history, we also developed a classification scheme that revealed more than a dozen distinct classes of chemotaxis systems, enabling future predictive modeling of chemotactic behavior in unstudied species.