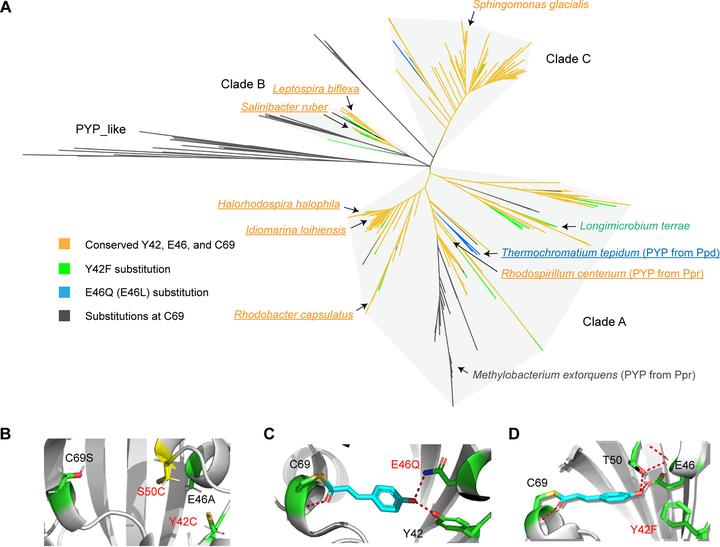 Photoactive yellow protein (PYP) is a model photoreceptor. It binds a p-coumaric acid as a chromophore, thus enabling blue light sensing. The first discovered single-domain PYP from Halorhodospira halophila has been studied thoroughly in terms of its structural dynamics and photochemical properties. However, the evolutionary origins and biological role of PYP homologs are not well understood. Here, we show that PYP is an evolutionarily novel domain family of the ubiquitous PAS (Per-Arnt-Sim) superfamily. It likely originated from the phylum Myxococcota and was then horizontally transferred to representatives of a few other bacterial phyla. We show that PYP is associated with signal transduction either by domain fusion or by genome context. Key cellular functions modulated by PYP-initiated signal transduction pathways likely involve gene expression, motility, and biofilm formation. We identified three clades of the PYP family, one of which is poorly understood and potentially has novel functional properties. The Tyr42, Glu46, and Cys69 residues that are involved in p-coumaric acid binding in the model PYP from H. halophila are well conserved in the PYP family. However, we also identified cases where substitutions in these residues might have led to neofunctionalization, such as the proposed transition from light to redox sensing. Overall, this study provides definition, a newly built hidden Markov model, and the current genomic landscape of the PYP family and sets the stage for the future exploration of its signaling mechanisms and functional diversity. 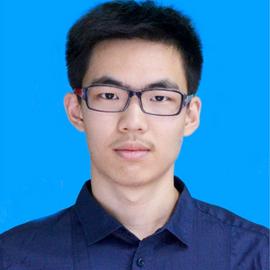